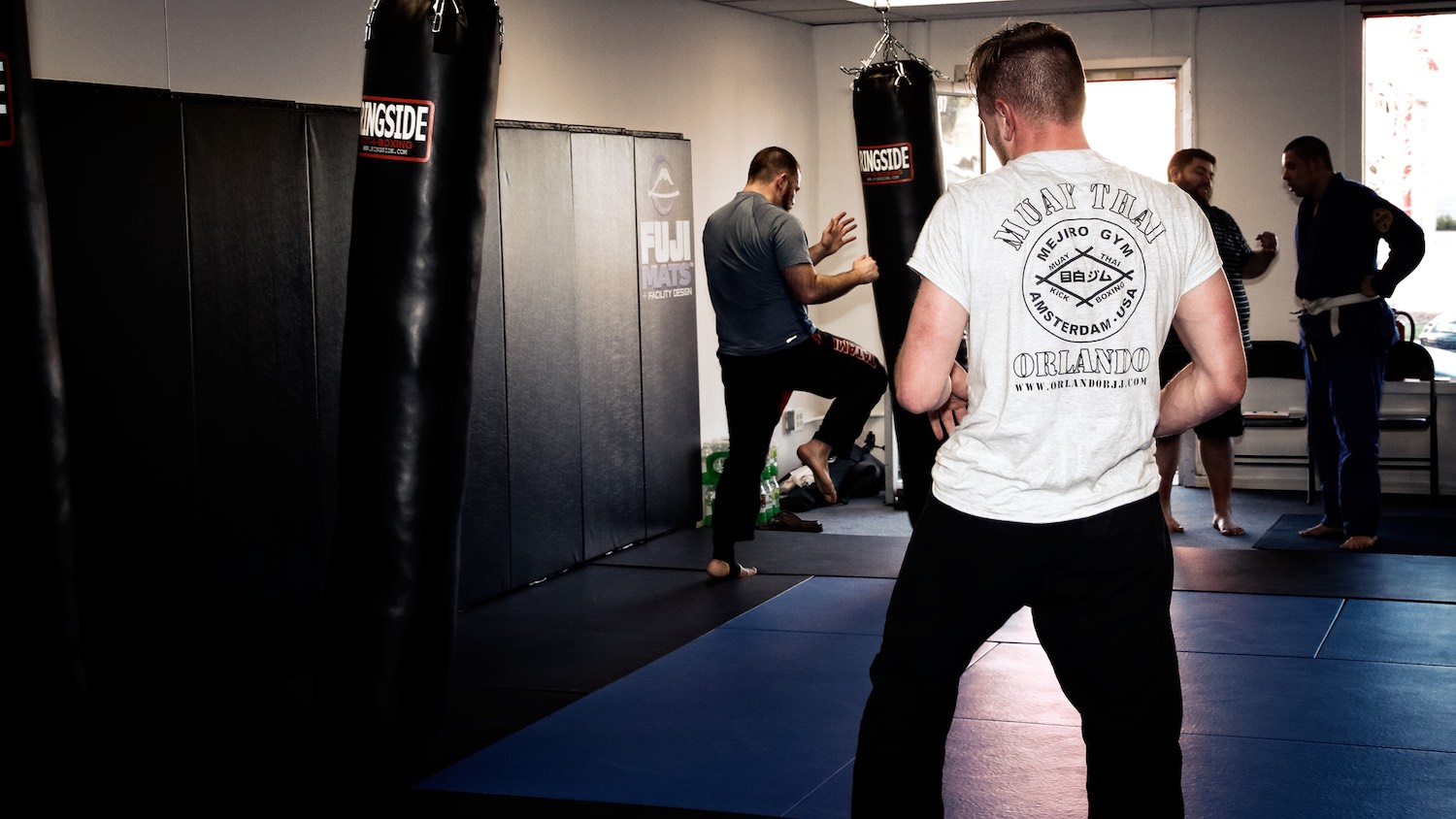 The owner of a new mixed martial arts fitness facility needed photos of opening night at his gym. Andrew at Resurgence MMA was excited about his first evening of classes, and we worked with him to capture the action.

And this is what happened...

Resurgence MMA is a small gym facility, but Andrew, the owner, spared no expense in its setup. The facility boasted all new mats and equipment, including punching bags, and clearly represented a major investment for the young entrepreneur. The space, however, offered challenges when it came to photography, though.

First, the facility has large, East-facing windows, and is deeper than it is wide, making for considerable light fall-off from front to back. Shooting from the rear of the facility toward the front, would cause a strong backlight on the subjects, while the opposite situation presented itself when shooting from front to rear. We balanced out the light by overcoming the ambient, when necessary with speed lights. The other challenge was space. The facility did not lend itself to longer lenses but we like the rendering of longer lenses for images of people, as they limit, or eliminate the distortions that can come from wider focal lengths. This meant that we wanted to shoot with our favorite lens, the Canon EF 135mm f/2 L prime. The space was just large enough to let us use that lens, mounted to the Canon EOS 5D Mark III. This is not only our favorite portrait combination, but is excellent for low-light sports as well. The wide aperture of the 135 combined with the 5D's low-light proficiency works very well. For variety, we swapped the 135 for the EF 35 f/2 IS from time-to-time as well. This small, image-stabilized lens was a great tool for depicting the action within the facility's environment, while the 135 produced tight shots of the personal drama of MMA.

Also at work was the now classic Canon EOS 7D mounting the EF-s 15-85 f/3.5-56 lens. This combination is something entirely different from the 5D. It is, even now, the ultimate "gritty journalism" combo. It's fast and a bit noisy in low-light, but that noise gives the images the immediacy and power of the slower film stocks of yesteryear. There is a character to images from the 7D that sets it apart from other digital SLRs. 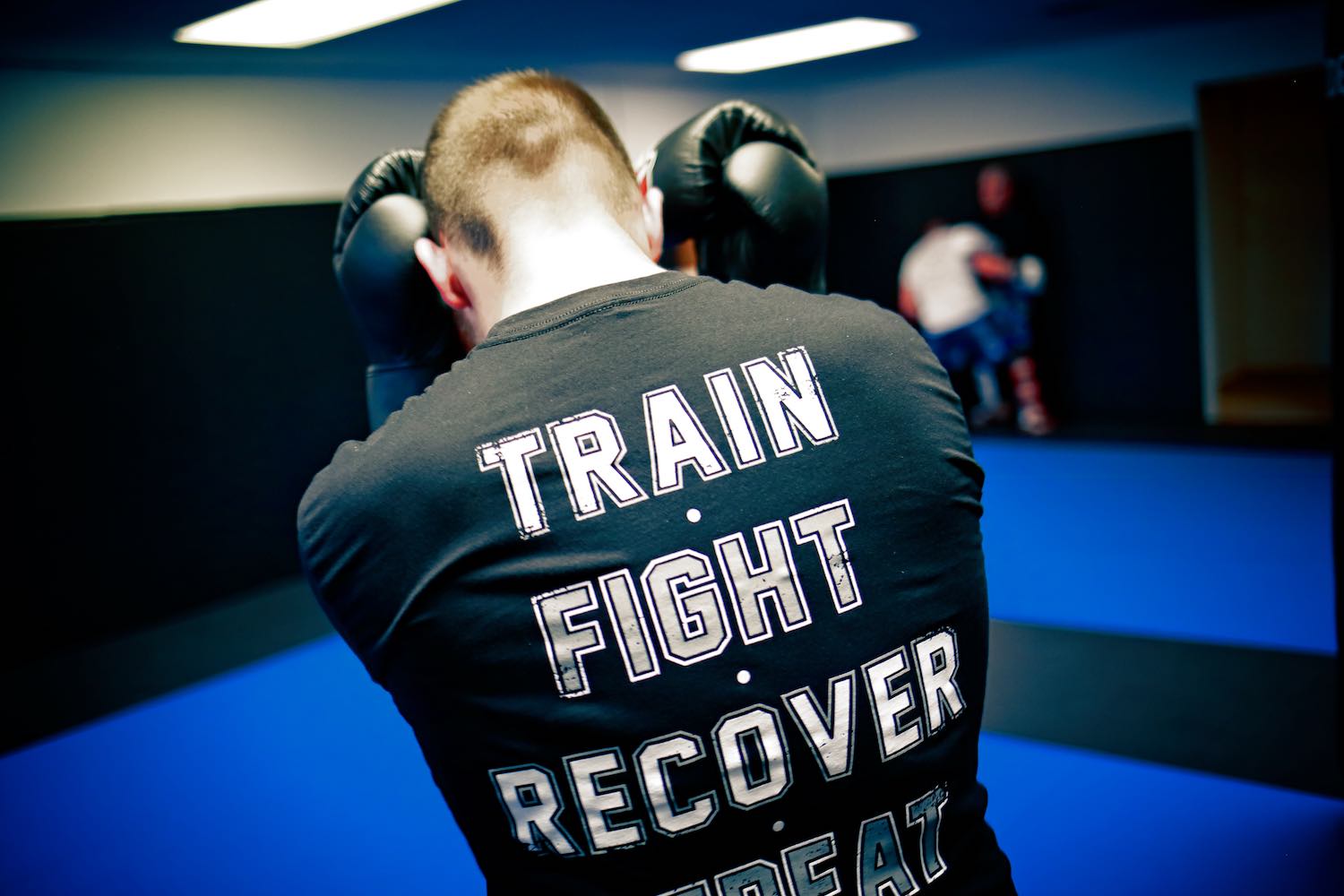 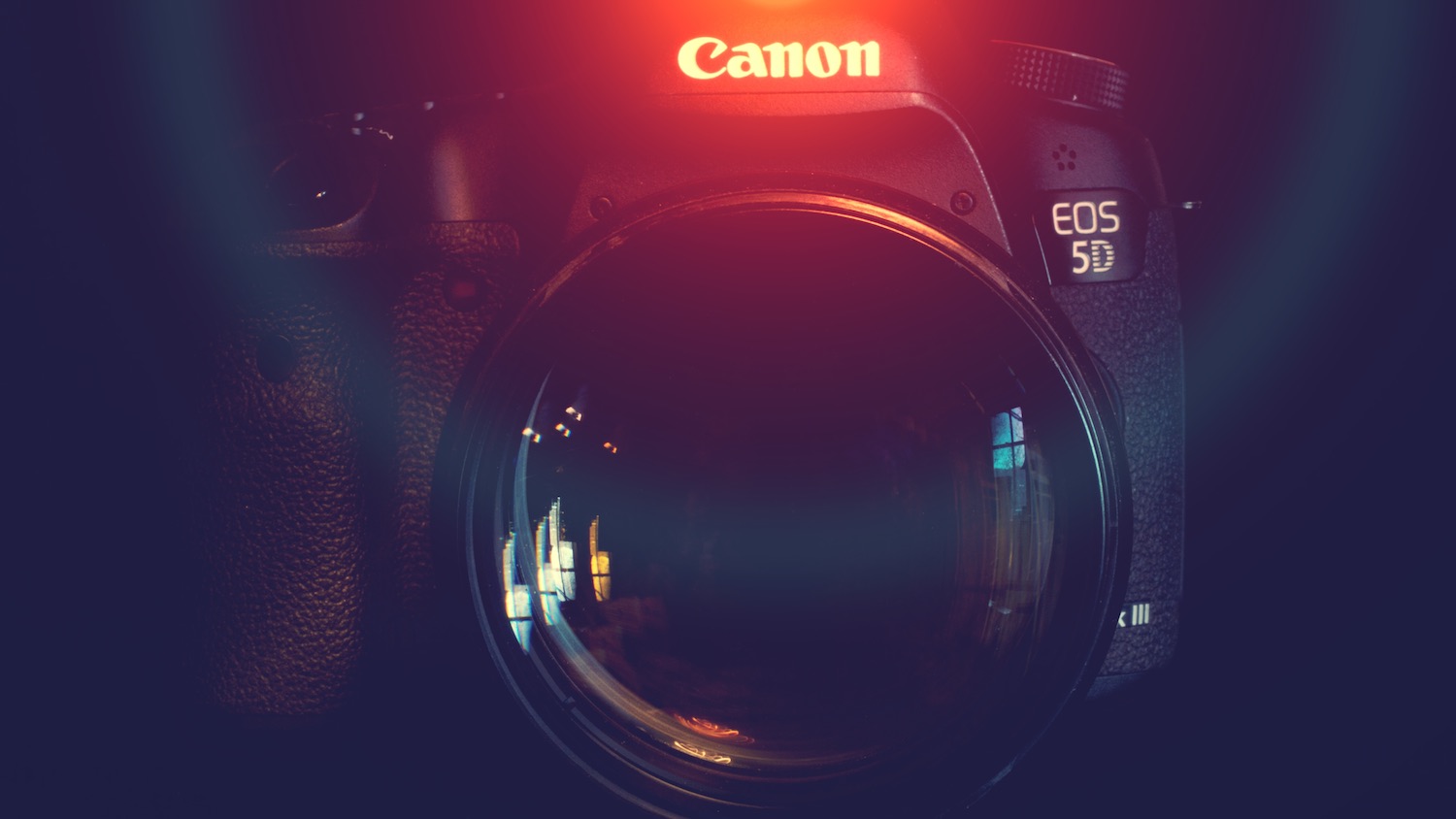 It's just two simple words: "Thank you." But how those two "simple words" are ex...

Working for a health clinic on a series of healthy lifestyle videos, we needed e...

The marketing department of a major regional technology company in the Midwest n...

After developing a friendship with those at the Boys & Girls Clubs of the Fo...

We received an inquiry into working with a healthy lifestyle clinic on a video s...